When typing, sometimes, the keyboard hangs, doesn’t write, and you cannot move the cursor. Also get the error in the screenshot section. If you close and reopen the app, the issue disappear, and the written text is there but in other location, not where the cursor was.

It is random, but it is not a one-time thing. It happened to me a lot. Usually when changing the language with the keyboard to Spanish, and when putting accents in the works like á é í, etc. To create the accent a key combination is used (`and the letter). Also, it always happened when reply, not when you write a new email.

Write an email reply without issue. 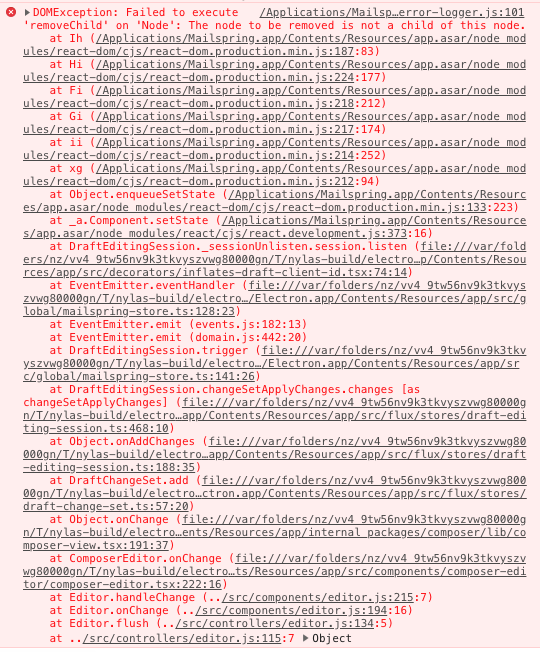 Writing an email with Mailspring starts to bothers me, since this issue is appearing more often.

(Originally posted by aletc1 on GitHub.)

Describe the bug When typing, sometimes, the keyboard hangs, doesn't write, and you cannot move the cursor. Also get the error in...