My composer window has padding between its borders and where the text actually starts - see screenshot.

It’s very easy to accidentally click in that padding - this happens a lot for example when trying to place the cursor on the first letter of a line.

If you “miss” and accidentally click in the padding itself, the composer loses the focus, and thus keystrokes begin to act as shortcuts on the thread, rather than text in the composer.

Would it be possible instead to just have those clicks default to placing the cursor in the first character on the line, or alternatively just do nothing? 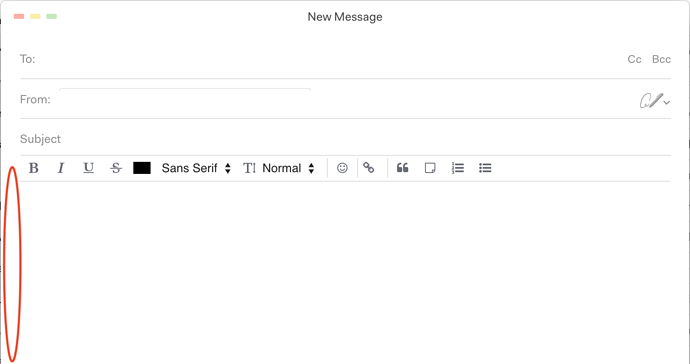 (Originally posted by palefire19 on GitHub.)

Composer question / bug: Clicking in the padding of a composed email takes the focus away - easy to mess up