This morning I was redoing my labels, and so I tried moving a subdomain label from a domain to another by renaming it, resulting on a subdomain with a name like this: / under the domain it was already on. So i realized it was not the ideal way to do it, I tried naming it back but it would return to the previous wrong name. Assuming I was maybe doing something very wrong I went back to Gmail Web and renamed it, but in Mailspring it still shows as the previous, wrong, name. I even tried deleting it on Mailspring and making a new label with the original name, but not only deleting it did not work, when I make the label with the previous name it does not show on Mailspring, but shows on the web version. Below you can see an image of how it shows on Mailspring and Gmail side-by-side. I just had to redact my clients’ names for privacy, but on red is the faulty folders. 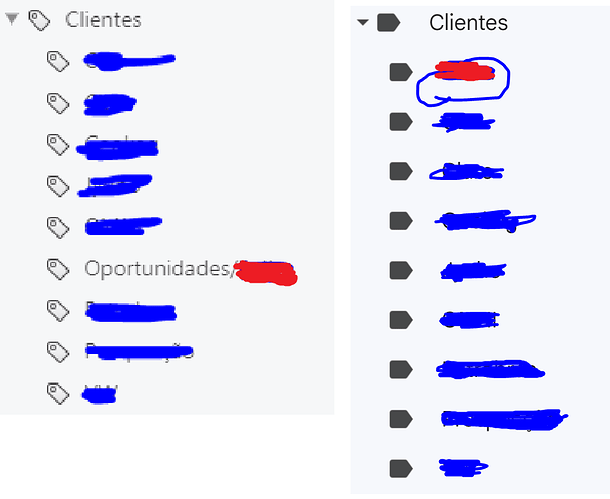 I already solved the issue by erasing the cache on the C:\Users<Your User>\AppData\Roaming\Mailspring folder, so if anyone has this issue out there I would suggest trying it. Just wanted to report it here since it might be worth looking at and I could not find a similar topic on the forum.